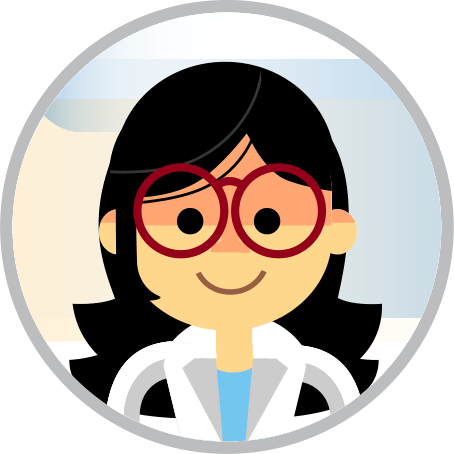 You need to have an account to save this trial. Enter your email to create one or login.

Open your email and follow the link to log in.
!
Back to search
Your journey
1What's a trial
2Find
3Review
4Get in touch
More info
Your journey
1
What's a trial
Not sure you're well informed about clinical trials? Learn more about their benefits, risks and other important details.
View more
2
Find
Enter your details like condition, age, gender and other preferences and we will show you a list of all relevant clinical trials.
Search
3
Review
Review the summary of the selected clinical trial and all the locations near you in order to see if it's of interest to you.
4
Get in touch
You've found an interesting trial? We'll need a bit more information about you so we can connect you to the doctor in charge.
You can access this
clinical trial
if you have
Esophageal Cancer, Gastric Cancer, ColoRectal Cancer, Prostatic Neoplasms, Uterine Cancer, Head and Neck Cancer or Breast Neoplasm
and you are
over 18
years old
-
The phase for this study is not defined.
Show me locations

The use of fluorescence for real-time evaluation of organ and tissue vascularization and lymph node anatomy is a recent technology with potential for the surgical treatment of cancer. The real-time analysis of tissue vascularization allows immediate identification to the surgeon of areas with greater or lesser blood circulation, favoring surgical decision making and prevention of complications related to tissue ischemia (necrosis, dehiscences and infections). It is a technology with potential application in the areas of Digestive Surgery, Repairing Plastic Surgery in Oncology, Head and Neck Surgery. In addition, fluorescence can be used as a method to identify lymph node structures of interest in the oncological treatment of patients with urologic, gynecological and digestive tumors. Introduced by Pestana et al. In the late 2000s, the perfusion mapping system through intraoperative indocyanine assisted laser angiography (SPY Elite System © LifeCell Corp., Branchburg, N.J.) had its initial application in repairing surgery after breast cancer treatment. The method proved to be useful in the prevention of ischemic and infectious complications in cancer surgery. Pestana, in a prospective clinical series of 29 microsurgical flaps used in several reconstructions, observed a single case of partial loss of the flap, the present technology having a relevant role in intraoperative decision making. In the same year, Newman et al. The first application of the system in breast reconstruction surgery. In an initial series of 10 consecutive cases of reconstruction with microsurgical flaps, in 4 cases the system allowed the intraoperative identification of areas of low perfusion, thus changing the surgical procedure. According to the authors, there was a 95% correlation between indocyanine laser assisted and subsequent development of mastectomy skin necrosis, with sensitivity of 100% and specificity of 91%. Similarly, Murray et al. Evaluated the intraoperative perfusion, however, of the areola-papillary complex in patients submitted to subcutaneous mastectomies with satisfactory results in terms of predictability of cutaneous circulation. Other authors in larger clinical series and evaluating other procedures have observed valid results in terms of prevention of complications. Vascular perfusion of anastomoses and fistulas following bowel surgery for cancer remain a serious and common complication. These fistulas can be caused by insufficient perfusion of the intestinal anastomosis. Intraoperative angiography with indocyanine assisted laser can be used to visualize the blood perfusion following intravenous injection of the indocyanine green contrast. Several groups reported the ability to assess blood perfusion of the anastomotic area after bowel surgery. Although they studied retrospectively, Kudszus and colleagues described a reduction in the risk of revision due to fistula in 60% of patients whose anastomosis was examined using laser fluorescence angiography compared to historically paired patients without this method. The same principle can be used to evaluate the tubulized stomach to be transposed to the cervical region after subtotal esophagectomy. Currently, fluorescence-guided sentinel lymph node mapping has been studied in breast cancer as well as investigative character in colorectal cancer, skin cancer, cervical cancer, vulvar cancer, head and neck, lung cancer, penile cancer, cancer Endometrial cancer, gastric cancer and esophageal cancer. These early studies demonstrated the feasibility of this methodology during surgery. Comparison of laser fluorescence images on blue dyes indicate that fluorescence images can replace blue dyes because they exceed them due to increased tissue penetration depth and absence of staining in the patient and cleaning of the operative field. To date, there are no clinical studies involving intraoperative perfusion mapping and identification of lymph node structures with the SPY Elite System © system or other platforms (Pinpoint or Firefly) in Brazil that evaluate the Brazilian population. In an objective way the influence of this technology as predictive in the better or worse evolution of the oncologic surgery as well as in the prevention of the local ischemic complications by means of intraopeal change of conduct

We will connect you to the doctor responsible for this trial and help you get more information.

Brazil (1)
All Locations
View full eligibility
Results
Tris trial is registered with FDA with number: NCT03021200. The sponsor of the trial is Instituto do Cancer do Estado de São Paulo and it is looking for 270 volunteers for the current phase.
Official trial title:Use of Laser Fluorescence With Spy Elite, Pinpoint and Firefly Robotic Platform Systems in Cancer Surgical Treatment
Your journey
1What's a trial
2Find
3Review
4Get in touch
More info
Your journey
1
What's a trial
Not sure you're well informed about clinical trials? Learn more about their benefits, risks and other important details.
View more
2
Find
Enter your details like condition, age, gender and other preferences and we will show you a list of all relevant clinical trials.
Search
3
Review
Review the summary of the selected clinical trial and all the locations near you in order to see if it's of interest to you.
Trial details
4
Get in touch
You've found an interesting trial? We'll need a bit more information about you so we can connect you to the doctor in charge.
powered by Typeform
Consult your doctor?
Some people want to consult their doctor before considering participation in a clinical trial. This is absolutely normal as your doctor should know your medical history and should be able to advise you. If you want you can easily share the information for this trial with your doctor by clicking on the button below.
Consult my doctor
Cancel